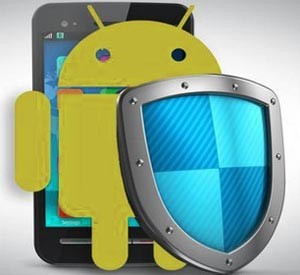 Nobody wants to get infected with some malware/virus when there is a way to put a barrier to it. These applications mentioned below are one of the most popular ones in the market these days. Each comes with its own set of advantages and drawbacks. However, below, we shall have a look at 8 ones to look out for.

Not because the “360 Security-Antivirus” good thing is free but is also quite progressive in helping protect your phone (desktop) against trojans and other malware. With over 100 million downloads and over 10 million ratings going for an average rating of 4.6 stars, you can’t help but marvel at its popularity! The app comes with a number of features such as the anti-theft feature and the ability to scan your device files for any malware. In addition, it is possible to enjoy real-time protection with this one if you enable the real-time protection feature. For those who wish to lock certain apps on their devices; you will be glad to know that you can do so with the 360 Security tool. There is an lock feature available that lets you enjoy password protection for any app you may have on your device.

This is one of the near-perfect anti-malware protection apps on the market. With the Avast! Mobile Security & Antivirus program you get to choose between a paid version and a free version. Of course the paid version does come with a lot of goodies such as a customizable blacklist, options for rooted phones and a privacy adviser among others. The paid version goes for $15 per year. With this app, you get to enjoy a well-organized interface that is also very user-friendly.

Avira Antivirus Security comes in a free version and a paid version. The paid version goes for $11.99 per year. Some of the features you can expect from this app, depending on the version you choose include- device scanning, the ability to scan the external SD, real-time protection, StageFright Advisor, blacklist features, device admin features and some anti-theft features.

AVG Antivirus Security app does also come in a free or paid version, with the paid version going for $3.99 per month or $14.99 per year. Most people are familiar with the AVG antivirus having used it on their PCs. In the play store, from the over 100 million downloads it has had so far, the AVG software stands at a respectable 4.4 rating. With this tool, you get a pretty light one compared to other name-brand options on the market. Some of the features you can expect from this program include the real-time protection, consistent antivirus database updates and device scanning. In addition, you can also expect things such as remote device data wiping, task killer, anti-theft features in addition to being able to keep an eye on things such as storage, data and battery usage.

Although not a very popular app, the Bitdefender does hold its own compared to other antivirus or anti-malware tools out there. With this application, you get two features that scan and clean your device in addition to offering real-time antivirus protection. This light software boosts of simple scanning capabilities that many users will find quite delightful! You can get it free of charge or for the fee of $14.99.

CM Security was one of the more popular, free apps at one time but today, even with all the competition it has to deal with, it is still able to hold its own. Over the years, this application has been ranked high on AV-TEST. With it, you get to enjoy one of the better app locks that also include a fingerprint scanner support. On top of locking your programs, you get to enjoy selfies of anyone that tries to snoop around your device. Besides being free of charge, CM Security is also on the lighter side when compared to a number of its name brand competitors.

With the Kaspersky Internet Security for Android, you get to enjoy an unbeatable malware-detection engine. For the price of $14.95 per year, you get to enjoy intense protection on your device. On the downside though, this app is a little on the heavy side, feels clunky and unfinished and is seriously lacking in the strong-protection features that are offered by a number of competing products.

Eset Mobile Security and Antivirus according to the latest AV-Test report got a whopping 100% detection rate! You can choose between the free or paid version with the paid version going for about $9.99. Depending on the version you choose, from the app’s easy-to-use interface, you can access a number of features such as the anti-theft feature, anti-phishing protection, device monitoring for unwanted use of data as well as advanced call blocking.